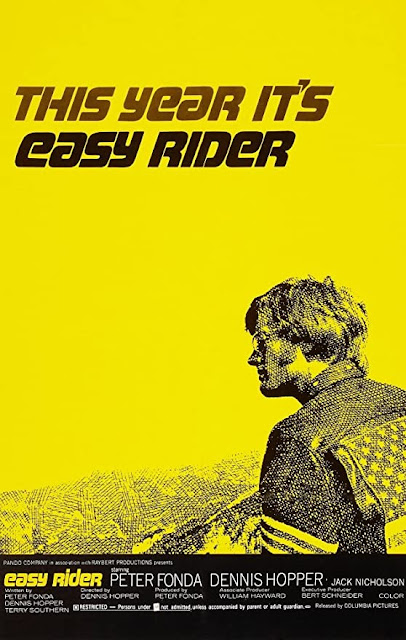 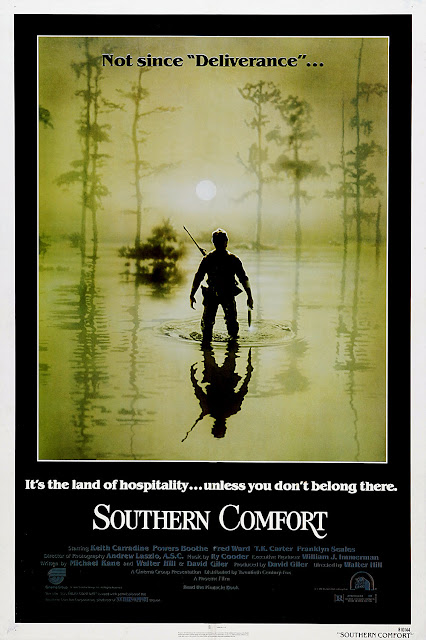 Synopsis: A group of National Guard soldiers in the Louisiana bayous encounter Cajun locals who have anything but hospitality on their mind.

After reviewing SONG OF THE LOON recently on my blog, I was interested to see that, as with the other films I spotlight in 'Where Are They Now?' posts, that the performers of the film either have only a single movie to their credit, or several. Engaging actors who made great contributions to the film, their disappearance from cinema is intriguing, but their accompanying stories would be fascinating to discover.

John Iverson was perfect as Cyrus Wheelwright, the subtle western hero whose passionate, protective side emerged with Ephraim. 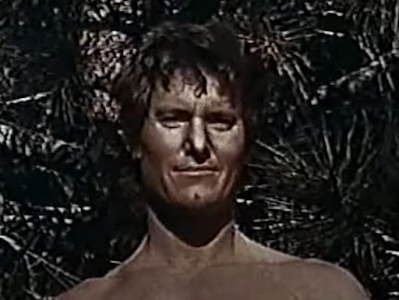 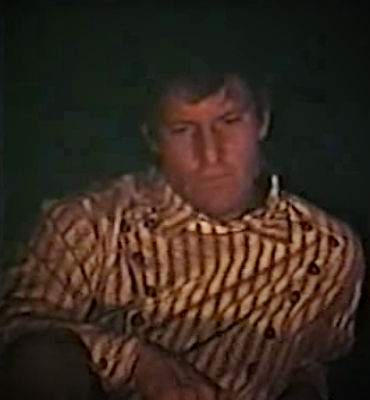 Jon Evans also made a definite impression as the seething, spiteful, but beguiling villain Montgomery in the movie. 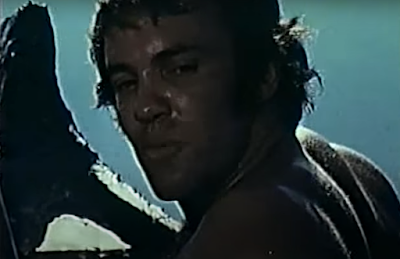 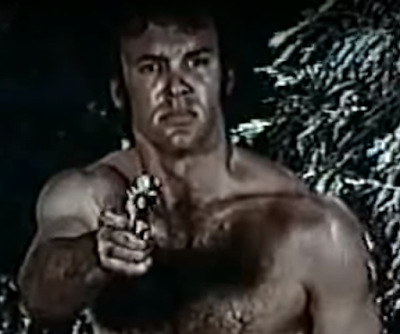 Brad Fredericks was also striking with his measured portrayal of the forlorn, solemn, needy Calvin. 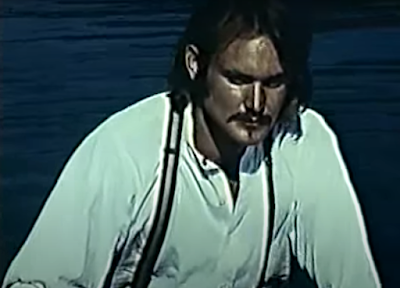 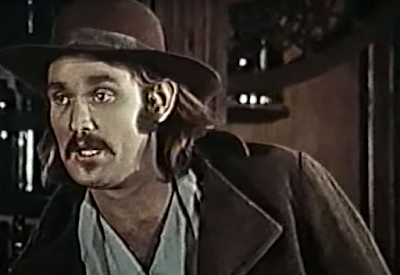 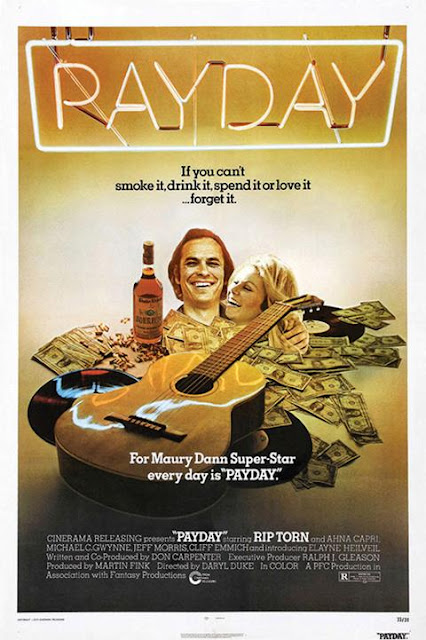 Synopsis: A libertine country music singer's life of women, drink, drugs and excess comes to a head in a most unexpected manner.

Title: SONG OF THE LOON

Synopsis: In the American West of the 1870s, a young gay man, Ephraim MacIver, explores his sexuality, particularly his affair with the older, understanding Cyrus Wheelwright. 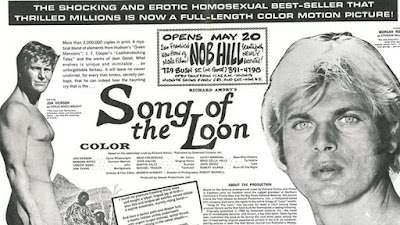 Addendum: SONG OF THE LOON is also of interest not only because of its content, which would have been daring at the time, but also as its cast seem to have disappeared. Whether having heterosexual performers, whom I believe were the majority of actors in the film, play homosexual characters had a detrimental effect on the careers of these actors is highly possible, and unfortunate. The making of this film, and the behind the scenes details, would definitely be something fascinating to discover, as there is a dearth of information about it in existence.
Overall Grade: C

I recently critiqued the 1971 film THE BUS IS COMING on the blog, and was intrigued by its cast. In particular two cast members who have largely disappeared from view. I sincerely hope that these actors are well, and happy in whatever they are presently doing. 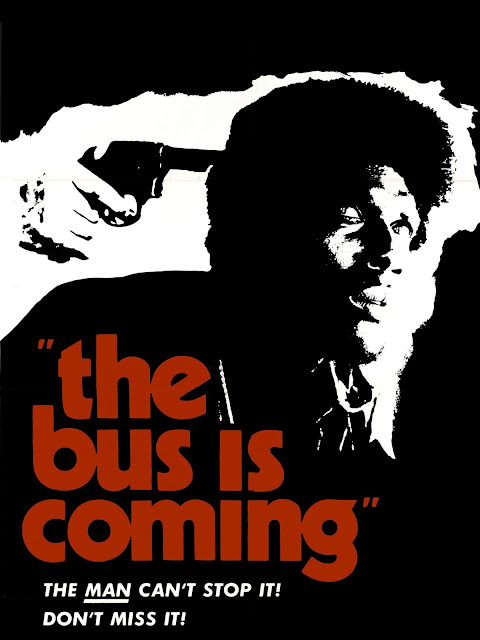 Burl Bullock, as the volatile, electric Michael, was a performer who stood out in the film. An actor of distinctive appearance and personality, he was perfect in his role as the multi-faceted Michael. Unfortunately this appears to have been his only motion picture acting credit, but it would have been wonderful to have seen him in further movies. 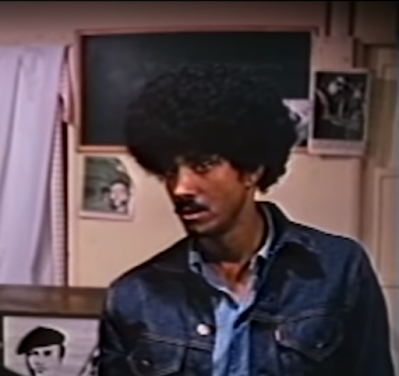 In addition to Burl Bullock, Sandra Reed was also great as Miss Nickerson, the vindictive, traitorous nursery school teacher. An engaging actress whose only other film credit was JOHNNY TOUGH (1974), in THE BUS IS COMING she runs through a gamut of emotions as the treacherous Miss Nickerson. 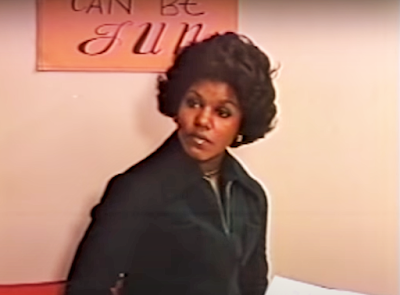 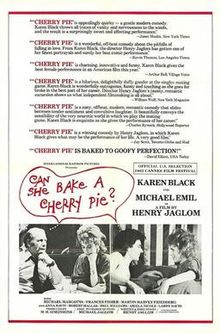 Title: CAN SHE BAKE A CHERRY PIE?

Synopsis: A woman is abandoned by her husband, and finds love with a man she meets at a café.

Reviews of films which have made an impact on me over the years, with a special focus on 1970s cinema, journeys through film history, and interviews with industry professionals in front of, and behind the camera, providing a revealing insight into the fascinating medium of motion pictures.

THE LARGE ASSOCIATION OF MOVIE BLOGS

A - A movie I find perfect in every respect, fully successful in its execution.

B - An above average movie which has some flaws, but is still of very good quality.

C - A movie with drawbacks, but with discernible virtues. A film that is neither the worst, nor the best motion picture experience, for certain reasons.

D - A film which has failed, in my honest opinion, to convince as a motion picture for a number of reasons. Generally a movie with few, or no, redeeming features. Overall, an unsatisfactory viewing experience.

*Critiques are my personal, unbiased opinion of the movie in question based upon criteria such as direction, acting, soundtrack, and mise-en-scene.

This is included as a guide for parents to decide whether the reviewed film in question may be suitable for young audiences. For more information contact the film censorship websites of your country, or IMDb which has content warnings for motion pictures in many instances.

Translate CINEMATIC REVELATIONS into your language